Map of the Area 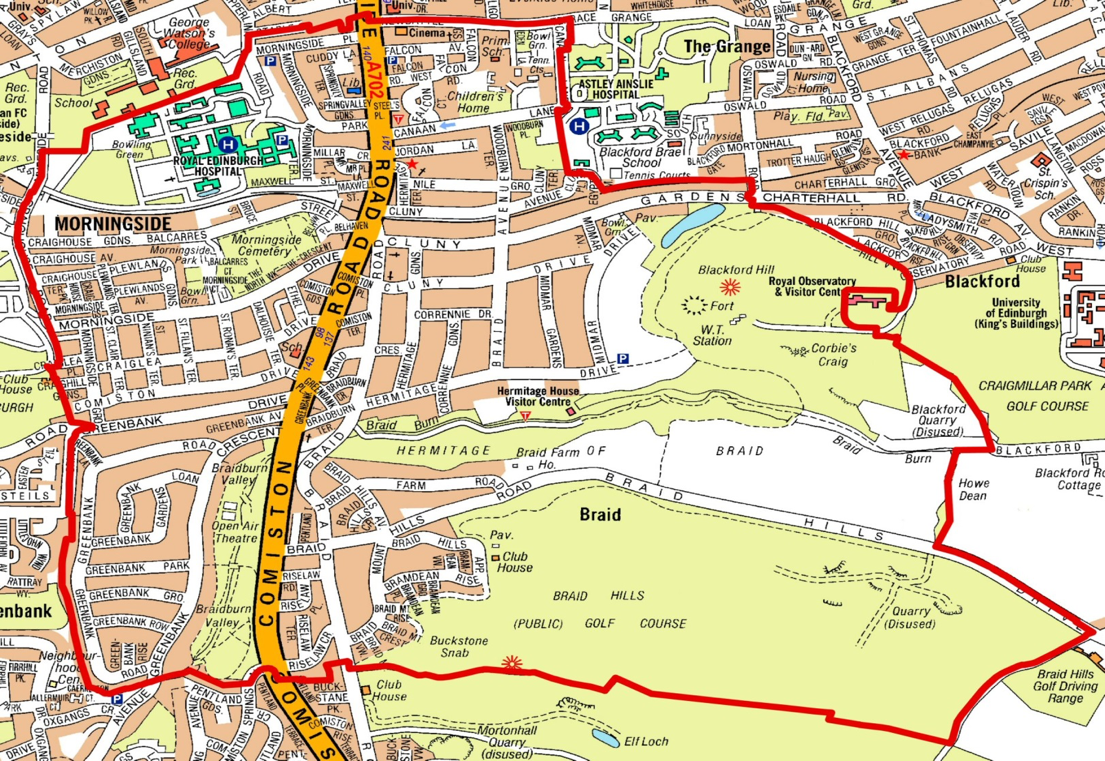 History of the Area

The recorded history of Morningside village stretches back to 1586, the year in which the Burgh Muir, or Boroughmuir, was feued. Notes made by City Engineer W.G. Park in the Edinburgh Corporation’s History and Derivation of Edinburgh Street Names, published to coincide with the winding up of the Corporation on 15 May 1975 Edinburgh Corporation, suggest that the area was known as Morningside before this time, but there is no certainty of this. 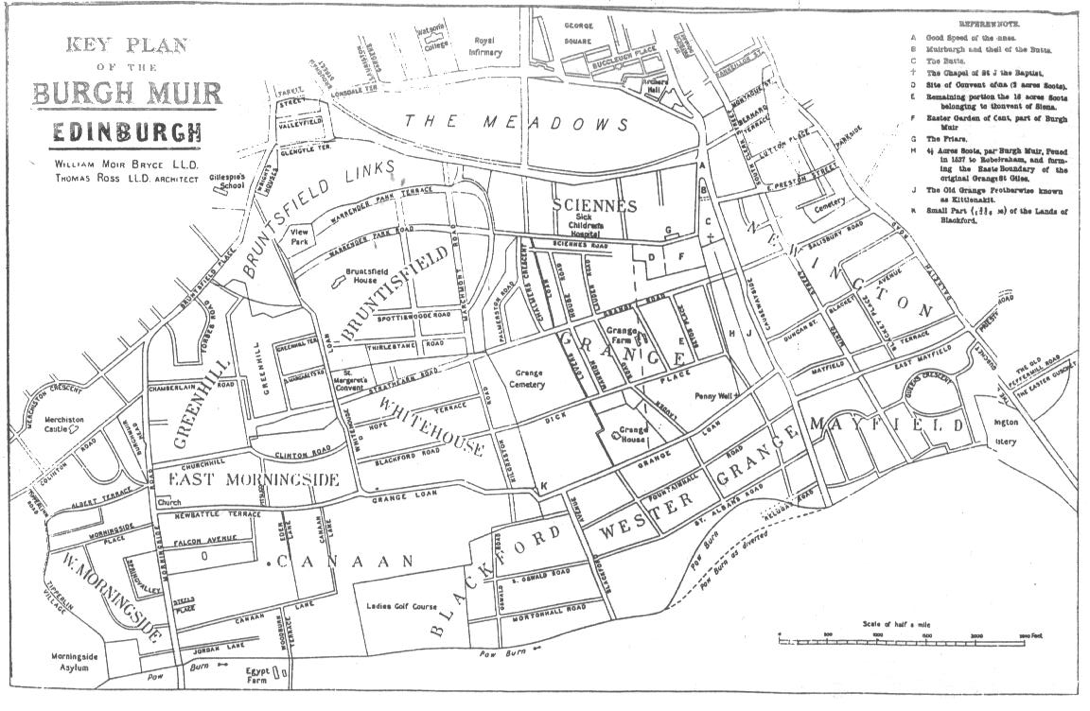 Writing in The Book of the Old Edinburgh Club (Vol X, 1918, p. 179), William Moir Bryce is clear that the Land of Canaan acquired its name in the days of the Covenanters. A ‘portion of the lands of Braid’, he writes, ’forming the southern boundary of those of Canaan was known as the lands of Little Egypt in the year 1585, and there was no question that, during the Covenanting period, it was also the means of introducing the name of Canaan.’ The first recorded mention of Canaan, however, is in the Edinburgh Town Council Minute of 28 August 1661. These biblical names may have derived from the Egypt Farm, which lay to the South of the Pow Burn – now known as the Jordan Burn. Little [Littil] Egypt claimed its name from the gypsy groups – ‘gypsy’ itself said by some to be a derivation of ‘Egyptians’ since those arriving in Scotland at the time claimed to have been descended from Christian pilgrims driven out of Egypt. Richard Cooper’s 1759 plan of the City of Edinburgh with Adjacent Grounds located ‘Morning Side’ for the first time and distinct from the Land of Canaan, as two small blocks of buildings – possibly the ‘row of thatched cottages, a line of trees and a blacksmith’s forge’ described by James Grant in his 1882 book, Old and New Edinburgh. As Moir Bryce’s map shows, Canaan was the largest of the three estates from which Morningside evolved, extending eventually through the grounds of what became the Astley Ainslie Hospital.

Over the course of the 19th century, as the prosperous gentlemen of Edinburgh’s New Town established their families and their lifestyles in Morningside, the economic imperatives brought working men, and more to the point working women, to provide the economic and cultural necessities for the growing community. One of the early developments was in education. On 27 March 1823 William Deuchar of Morningside House gifted a piece of land on which to build the village school ; the Old Schoolhouse still stands, opposite the junction of Morningside Road with Falcon Avenue. South Morningside Primary School, developed from this beginning, opened on its Comiston Road site in 1892. In 1838 Dr Thomas Chalmers, later famous as one of the leaders of the Church of Scotland Disruption in 1843, initiated the building of the original Morningside Parish Church, now owned by Edinburgh Napier University. Morningside seems to have made its mark on Dr Chalmers ; on 15 July 1841 he wrote in his diary that although he meant ‘to build at Morningside’, he should bear in mind that the world was predicted to end in 1866. Dr Chalmers lived for a year or so at 2 Morningside Place during the construction of his own house on Churchill, where he lived until his death in 1847. 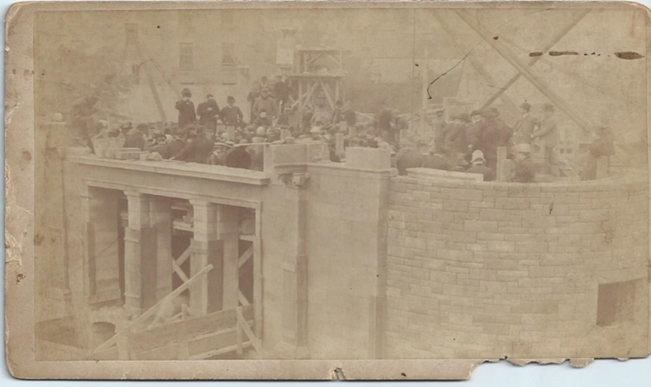 The church united with Morningside Parish Church to become Morningside Braid Church in May 1990 ; the building is now home to Pizza Express.

The story of the community that Morningside became over the course of the 19th century is rooted in its initial attractions as a peaceful, secluded and affordable alternative to the overcrowded resorts of Cramond and Portobello.   In her autobiography, published posthumously in 1875, Eliza Fletcher describes how in 1799 she and her advocate husband decided that their health would benefit from a change of air and that they could afford ‘the luxury of a country house’ for the summer.   Despite the journey taking a number of hours, in a carriage described by Susan Ferrier as being drawn by ‘a pair of hackney horses worse to drive than all the stiff-necked children of Israel’, the Fletchers brought their four children to ‘a very inexpensive cottage in the Morningside district to the south of Edinburgh, called Egypt’.

James Ferrier and his daughter Susan

The Fletchers may have been influenced in their choice of Morningside by recently-widowed James Ferrier, WS and  Principal Clerk of Session, who had spent the summer of 1798 at Canaan Cottage with his 15-year old daughter Susan Edmonstone Ferrier.  The following year, James took out a lease on East Morningside House, spending up to six months of each year there until his death in 1829 ;  Susan kept house for him following her return from London in 1804, describing  “writing to my sisters three, sewing my seam, improving my mind, making tea, playing whist and numberless other duties”.  Improving her mind may have included writing three novels.   The first, Marriage, was published, initially anonymously in Blackwood’s Magazine, in 1818 ;  The Inheritance and Destiny followed, in 1824 and 1831.   James Ferrier was also a colleague and friend of fellow lawyer Walter Scott, who is reputed to have been a frequent visitor to East Morning House.   He described Susan as a “gifted personage … full of humour, and exceedingly ready at repartee, and all this without the least affectation of the blue stocking.”.   There is speculation that Susan was the intended recipient of a chair gifted to James, and inscribed ‘to my friend James Ferrier for happy days and hospitality … Walter Scott’, but that propriety constrained its donor from making this known. 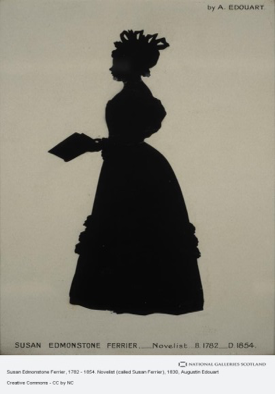 The Falconars of Falcon Hall

Alexander Falconar had returned to Scotland from India, where he had been in the colonial service in Madras, in around 1810 with his wife Elizabeth and 12 of their 14 surviving children – three sons and nine daughters – settling in Edinburgh the following year.   On 17 February 1814 he bought Morningside Lodge from Margaret Thomson Coulter; she was the widow of William Coulter who, as Lord Provost of Edinburgh between 1808 and 1810, had laid the foundation stone of the ‘first proper asylum for the insane’ (now the Royal Edinburgh Hospital in the heart of Morningside).    The house remained in Falconar family ownership until the death of his last surviving daughter, Margaret, on 9 January 1887. Falconar retained the architect Thomas Hamilton (whose work includes the Royal College of Physicians on Queen Street, and the Assembly Rooms at Ayr) to alter and enlarge the house, and by 1815 it had been renamed Falcon Hall. Elizabeth died on 31 May 1831, by which time seven of the children who had returned to Scotland, four daughters and all three surviving sons, had also died.   Alexander continued to live at Falcon Hall until his death on 10 December 1847, becoming known as one of a number of benefactors within the community ; in 1823 he was one of four signatories to the charter establishing Morningside School in what is now the Old Schoolhouse.   In 1838 he and his daughters led the list of those who subscribed to the establishment of Morningside Parish Church.   The Falconar sisters remained involved in the life of Morningside School, supporting it financially and presiding over school prize givings.

Two doors along from Dr Chalmers, at 6 Morningside Place, lived the Balfour aunts visited by their nephew Robert Louis Stevenson in the mid-1800s.   His childhood nanny, Alison Cunningham – better known as ‘Cummy’ lived her last years in Balcarres Street and is buried in Morningside Cemetery. 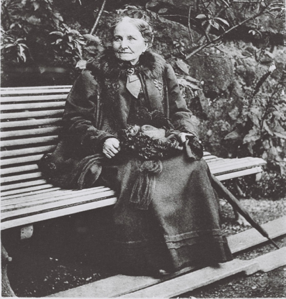 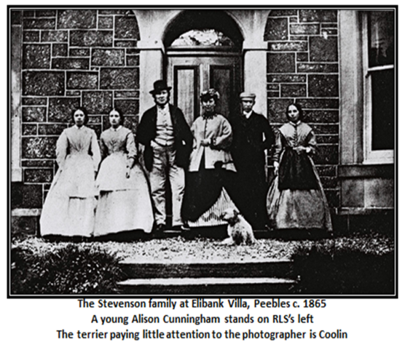 Free printed copies may be found, subject to availability, in some retail outlets in Morningside.